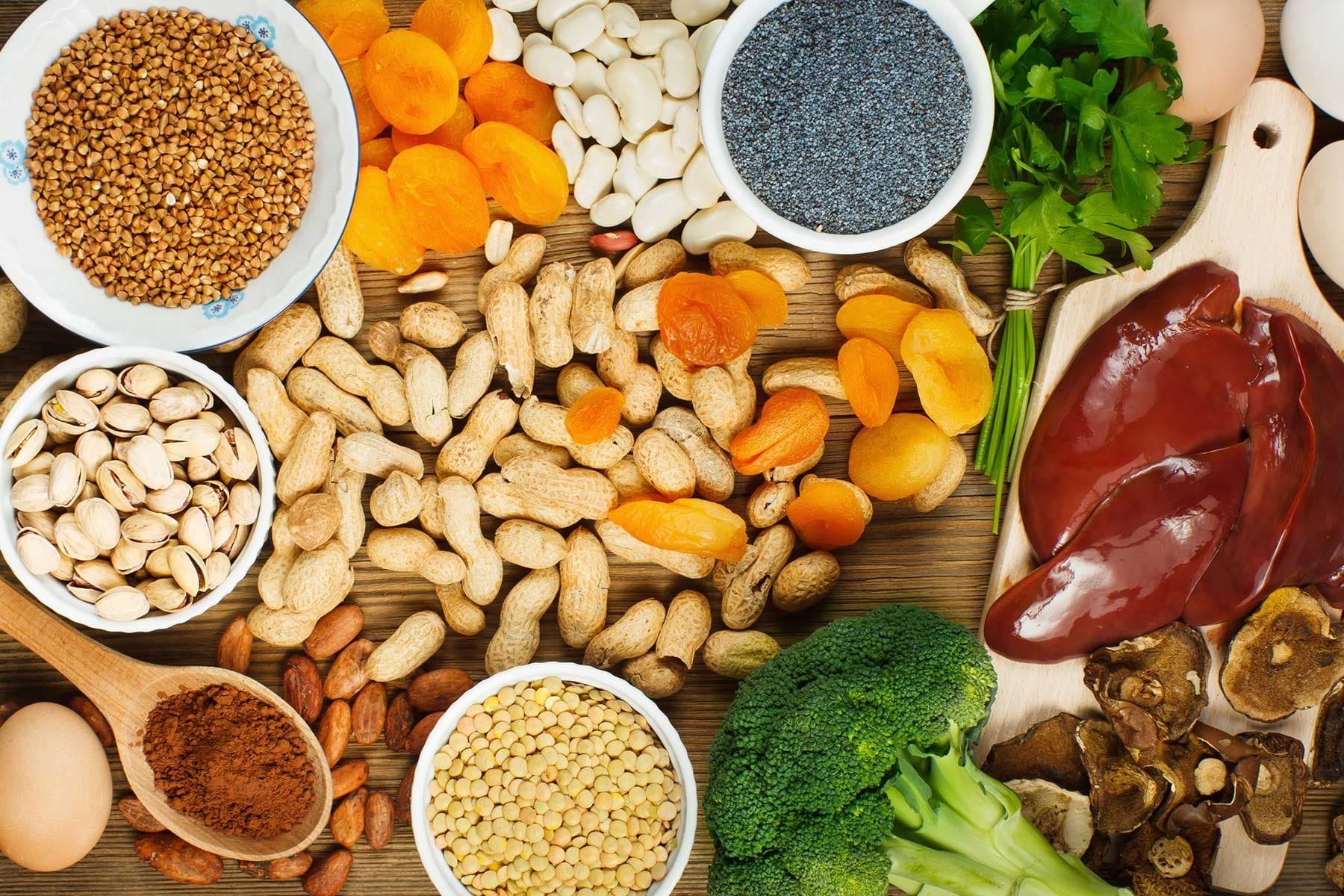 Iron is an important mineral hat is involved in various bodily functions, including the transport of oxygen in the blood. This is essential for providing energy for daily life.

Iron is lost from the body through sweat, shedding intestinal cells, and blood loss.

Roles of iron in the body

Some of the many roles of iron in the body include:

The average person needs to absorb just a small amount of iron each day to stay healthy (around 1 mg for adult males and 1.5 mg for menstruating females). To achieve this, however, we need to consume several times that amount. This is because our bodies absorb only a fraction of the iron contained in the foods we eat.

The Australian Recommended Dietary Intake (RDI) for iron is the amount of dietary iron required to meet the needs of most of the population. This amount is different for different age groups and life stages.

Types of iron in our diets

The 2 types of iron found in our diets are:

How much iron do we absorb from our diet?

The healthy body absorbs around 18% of the available iron from a typical western diet (which includes animal foods) and about 10% from a vegetarian diet. However, you may be absorbing much less than that, even if your diet includes iron-rich foods.

The most significant influence on iron absorption is the amount of iron already stored in your body. The body stores iron in various places, including the liver. If your stores are high, your body absorbs less iron from the foods you eat. Conversely, low iron stores increase your ability to absorb iron.

Certain foods and drinks affect how much iron your body absorbs.

Foods and drinks that reduce your body’s ability to absorb iron:

One in 8 people aged 2 years and over does not consume enough iron on average to meet their needs. If you do not have enough iron in your body, it is called being ‘iron deficient’. This can make you feel tired and lower your immunity. Including iron-rich foods in your diet can help.

People who are at an increased risk of iron deficiency, include:

Stages and symptoms of iron deficiency

Most of your body’s iron is in the haemoglobin of your red blood cells, which carry oxygen to your body. Extra iron is stored in your liver and is used by your body when your dietary intake is too low.

If you don’t have enough iron in your diet, your body’s iron stores get lower over time.

The signs and symptoms of iron deficiency anaemia in children may include:

Causes of iron deficiency in adults

In adults, some of the common causes of iron deficiency include:

Causes of iron deficiency in children

Major risk factors for the development of iron deficiency in children include:

Babies, children and teenagers undergo rapid growth spurts, which increase their need for iron. The main causes of iron deficiency in children by age group include:

Some suggestions to prevent iron deficiency in babies less than 12 months of age include:

To prevent iron deficiency in toddlers and preschoolers:

To prevent iron deficiency in teenagers:

Make an appointment with your doctor if you think you may be iron deficient. Diagnosis aims to exclude other illnesses that can have similar symptoms, such as coeliac disease.

Treatment for iron deficiency depends on your iron status, and the underlying cause:

Since iron supplements are available without prescription, it can be tempting to self-diagnose, but this is not recommended because:

Do not self-diagnose or give your child over-the-counter iron supplements, because an overdose of iron can cause death. In infants and young children, 20 mg per day is the safe upper limit – most iron supplements contain around 100 mg per tablet.

It is important to keep iron supplements tightly capped and away from children’s reach, as iron tablets are often mistaken as lollies by children.

If you suspect an iron overdose, call your doctor or the Victorian Poisons Information Centre on 13 11 26 immediately (24 hours, 7 days) or visit your local hospital emergency department.

If you’ve been advised to take iron supplements, keep in mind that:

View all blood and blood vessels