Spiders are arachnids, not insects. Other arachnids include ticks, mites and scorpions. However, spiders and insects, are classified as arthropods – part of the largest group of animals.

Generally, spiders have 8 legs, two-part bodies, fangs, and organs that spin webs. Spiders are essential to our ecosystem as they prey on insects and keep their populations under control.

Australia has about 2,000 species of spider, but most are relatively harmless to humans.

Since the introduction of antivenom, there have been no recorded deaths in Australia from a confirmed spider bite.

Most spiders have venom. A spider uses venom to paralyse its prey (usually flies and other insects).

Sometimes, a spider that feels frightened or threatened by a human may bite. In most cases, spider fangs are not strong enough to break the skin. If the fangs do break the skin, the venom usually has no effect on your body.

The pain of most spider bites can be managed with a cold pack.

Some Australian spiders can cause potentially harmful bites including the:

Antivenoms are available for the treatment of redback and funnel-web spider bites.

Who is at risk of spider bites?

People who are at greater risk of severe reactions to spider venom include babies, young children, the elderly and people with an existing heart condition.

Some people may also be allergic to certain venom and experience an adverse reaction, including anaphylaxis (severe allergic reaction). Immediate medical treatment is recommended.

If in doubt, see your doctor, go to the emergency department of your nearest hospital or dial triple zero (000) to call an ambulance.

Symptoms of a venomous spider bite depend on the species, but may include:

Additional symptoms for funnel-web or mouse spider bites include:

Additional symptoms for a redback spider bite include:

Remember that first aid for a venomous spider bite depends on the species of spider:

In all cases, never cut a spider bite or tourniquet a limb.

Don’t give the person anything to eat or drink.

What is pressure bandaging and immobilisation?

Pressure bandaging and immobilisation is important for funnel-web and mouse spiders bites. It slows the movement of venom through the lymphatic system.

Bandaging the wound firmly tends to squash the nearby lymph vessels, which helps to prevent the venom from leaving the puncture site. If you don’t have any bandages at hand, use whatever is available such as:

Immobilising the limb is another way to slow the spread of venom, sometimes delaying it for hours at a time. This is because the lymphatic system relies on muscle movement to squeeze lymph through its vessels.

Catch the spider, if possible

If you can, catch the spider and take it with you to hospital so that medical staff can identify the species and quickly administer the correct treatment.

Tips on how to safely catch a spider include:

If you cannot catch the spider, it will help medical staff if you have a photo of it or can describe it. Features to look for include size, colour, bulk and where the spider was when it bit you.

To assess your risk of spider bites, familiarise yourself with the kinds of spider that tend to live around your home and garden. Each species of spider has a preferred home or hunting ground. 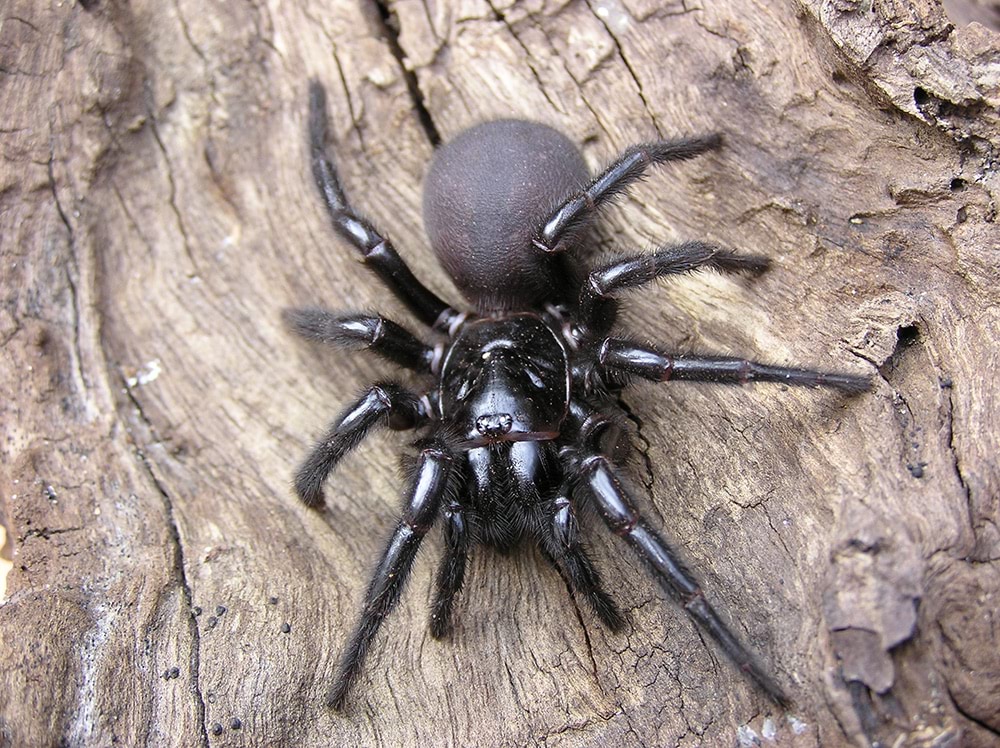 Funnel-webs tend to be nocturnal (come out at night) and can be found along eastern Australia from northern Queensland to Tasmania and in some areas of South Australia. There are around 40 species – not all are dangerous to humans.

Mouse spiders are found all over Australia. They may be found in suburban gardens and are sometimes mistaken for funnel-web spiders.

Mouse spider bites are uncommon, but they can cause potential toxicity to people.

Redbacks are common in Australia, and are often found in backyards. They do not live in the ground, but choose sheltered areas (such as inside sheds or beneath stairs).

White-tailed spiders are common and found in most homes throughout Australia.

Most bites occur indoors, at night and in warmer months. Although bites can appear anywhere on the body, they usually appear on the arms and legs. Symptoms tend to cause a mild reaction which usually resolves in a few weeks. These may include:

Some spiders may look scary, but are not dangerous to most people. Common examples include:

First aid for these spider bites:

Black house spiders are found in eastern and southern Australia. They may be found under tree bark and around windowsills. The webs are formed in messy ‘sheets’.

Black house spiders bite infrequently. Their bites can be quite painful with local swelling.

Symptoms such as pain, nausea, vomiting, sweating and skin lesions have been recorded in a few cases. 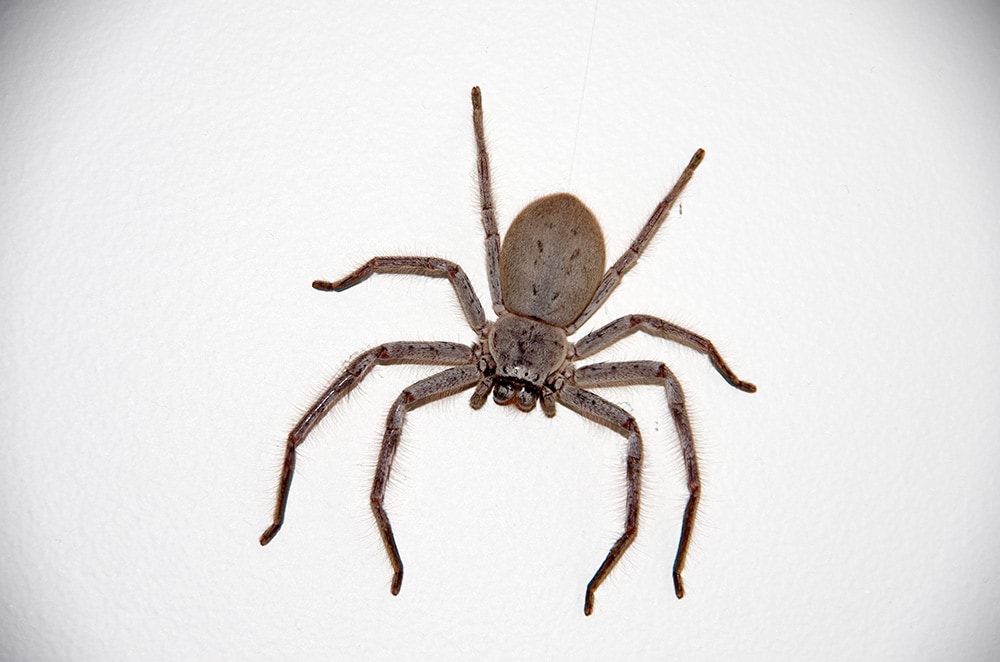 There are many species of huntsman spiders in Australia. They live under bark, rocks and crevices. Some like to live in cars and houses and can often give people a fright due to their size.

Despite its size, a huntsman is usually harmless. A bite, however, may cause some swelling and pain for a short time.

The common name trapdoor spider covers several families of spiders. Their name is misleading as many do not build a door for their burrows. In urban areas, trapdoor spiders control many of the garden pests. Since they are not considered to be dangerous to humans, it is best just to leave them alone.

Due to the size of their fangs, bites can be deep and painful with local swelling.

Found across Australia in habitats ranging from dry inland to wet coastal areas. They live on the ground in leaf litter or burrows, and are often found in lawns and gardens. They do not build webs and are often active during the day.

Typical symptoms of bites are usually minor, such as local pain or itchiness. Less commonly, they have caused swelling, dizziness, nausea and a rapid pulse.

Necrotising arachnidism is a type of skin inflammation and ulceration that is caused by the bite of some spiders. Occasionally, the reaction is so severe that the person loses large amounts of skin and needs extensive skin grafts.

Although the white-tailed spider and black house spider have been linked historically to necrotising arachnidism, medical studies cannot determine if this is the case. Research is ongoing.

It is unclear why most people who are bitten have only mild reactions, while a very tiny minority suffers from skin ulceration.

Localised skin breakdown, loss and death (necrotic lesions) can be caused by a range of other factors, including:

There is no cure for necrotising arachnidism. Treatment may include:

Suggestions to avoid spider bites include:

How to spider-proof your home

It may be impossible to eradicate spiders from your garden, but you can stop most spiders from living in your house. Suggestions include: