Epilepsy is a common condition of the brain in which a person tends to have recurrent unprovoked seizures.

The brain controls the body’s thoughts, actions, sensations and emotions through nerve cells (neurones) that carry messages between the brain and the body. These messages are transmitted through regular electrical impulses. A seizure occurs when the normal pattern of these impulses is disrupted by sudden excessive bursts of electrical activity in the brain.

The kind of seizure and how the body is affected relates to the part of the brain in which the abnormal electrical activity occurs. Seizures can involve loss of consciousness, a range of unusual movements, odd feelings and sensations, or changed behaviours.

Many people have seizures that are not diagnosed as epilepsy. These seizures often have a known cause or provocation and will not occur again unless the same provoking situation occurs. An example of this is febrile convulsions seen in infants.

The likelihood of being diagnosed with epilepsy at some point in life is about 3%.

The main treatment for epilepsy is medication, which can control seizures in about 70% of people with epilepsy. Surgery and other treatment options may be a possibility for a small number of people if medication fails to control their seizures.

There are many different types of seizures. Many people think the word ‘seizure’ means a convulsion, where someone becomes unconscious and falls, with stiffness and jerking. However, this is just one type of seizure, called a tonic-clonic seizure (previously known as grand mal).

Some people may have episodes where they ‘go blank’ for a few seconds. Others remain fully conscious during a seizure and can describe their experience. For many, consciousness is affected, and they may be briefly confused during and after the seizure.

These seizures begin in both hemispheres of the brain simultaneously. There are several types of generalised onset seizures including:

The two main types of focal onset seizures are:

The cause of epilepsy varies by the age, and is not always known. In fact, up to half of people with epilepsy don’t know the cause of their condition.

However, known causes can include:

Seizures may appear to be triggered by factors such as lack of sleep or significant stress. However, these triggers are merely situations that can bring on a seizure in some people with epilepsy and do not explain why a person develops epilepsy. Tests are required to help identify an underlying cause.

It appears that certain people are simply more prone to having seizures than others. This is sometimes referred to as having a ‘low seizure threshold’ and may be due to genetic make-up. In many cases, despite investigations, the cause of the seizures cannot be explained.

A variety of tests and investigations may be used to diagnose or out rule epilepsy including:

Although medical examinations may help identify the cause of a seizure, in many cases they may not, which can make it more difficult for someone to accept the diagnosis.

Treatment of epilepsy with medication

Medication is the main type of treatment for epilepsy with up to 70% of people gaining seizure control with the right medication. However, medication is not prescribed for everyone who has a seizure, it depends on the risk of that person having further seizures.

When deciding whether or not to prescribe medication, or which one to prescribe, your doctor will consider various issues, including your:

Some people may need to trial more than one medication before they obtain seizure control.

Medication does not ‘cure’ epilepsy – its role is to stop you having seizures. To prevent seizures, you must take the medication as prescribed. This will maintain an effective level of the medication in your body at all times.

If you haven’t had seizures for a long time, you may question the need for ongoing treatment. You may not need to take life-long medication. Some people only need medication for a limited time. However, discontinuing an anti-epileptic medication requires a discussion with your doctor about risks versus benefits. Each person’s circumstances need to be assessed and it’s important that you make this decision fully informed.

It’s vital you keep taking your medication exactly as prescribed until you have discussed this issue with your doctor.

It‘s important that any changes to your medication are guided by your doctor.

Antiepileptic medication side effects and interactions

You may have unwanted side effects from your medication. These can vary, depending on which medication you are prescribed.

Possible side effects can include:

Usually, side effects will settle over time. Sometimes they lessen with minor dose changes. If they are particularly troublesome, you may need to try a different medication.

These interactions are highly variable and sometimes unpredictable. Tell your doctor and pharmacist about any other medications you take, including vitamin supplements or herbal treatments.

Some general points about starting anti-epileptic medication include:

Treatment of epilepsy with surgery

Some people are unable to get good seizure control despite trying a number of medications.

Epilepsy is sometimes caused by an area of abnormal brain tissue. If surgery can remove this tissue, seizures can often be significantly reduced or even stopped. Surgery is not intended to be a substitute for medication – it’s usually investigated as a treatment option when medication fails to prevent seizures, especially for people with focal onset seizures.

You will need to have several tests before a decision is made for your suitability for epilepsy surgery. Generally, these tests need to confirm your seizures are all arising from the same place in your brain and that this area isn’t involved with important functions such as speech or movement. Your doctor will then discuss with you the possible outcomes of surgery, so that you can make an informed choice. Only a small percentage of people with epilepsy are suitable candidates for surgery.

The vagus nerve stimulator is a pacemaker-like device that is implanted beneath the chest muscle on the left side of the chest. It has leads that attach to the vagus nerve in the neck and send a regular electric pulse. By stimulating the vagus nerve, the brain’s potential to generate or spread abnormal seizure activity can be reduced.

It's uncommon for the VNS to stop someone’s seizures completely, but people can have fewer and less severe seizures, and can also be able to trigger the stimulator to abort or lessen the severity of a seizure, which results in an improved quality of life. VNS can take 18 months to 2 years to achieve the best effect. Other benefits include an improvement in alertness, memory, energy levels and mood.

The ketogenic diet is a recognised and proven therapy for epilepsy and has been reported to reduce seizures in a small number of children with poorly controlled epilepsy. The high-fat, low-carbohydrate and adequate-protein diet creates ketones when the body burns fat for a source of energy. This state is known as ketosis and causes changes in body chemistry that may help to control seizures.

The ketogenic diet is strict, challenging and requires a strong commitment from the whole family. Like other therapies for epilepsy, it has side effects and needs to be closely monitored by a dietician. The diet is often started in hospital under medical supervision, and blood sugar and ketone levels are monitored. The ketogenic diet is mostly used in children who have unsuccessfully trialled many medications.

There are a number of factors that commonly provoke seizures in people with epilepsy. These are called seizure triggers and can vary from person to person. Avoiding or reducing triggers may help to reduce seizures in some people, but not all triggers can be avoided, and seizures can still occur without any obvious triggers.

Some commonly reported seizure triggers include:

Complementary alternative medicine therapies may help a person by improving overall health and wellbeing, which can also help improve seizure control. However, these therapies have side effects like any other form of treatment, so it’s important to find out if any ‘natural’ therapy you want to try is going to increase your risk of seizures.

If you are interested in using a complementary alternative medicine therapy, discuss this with your doctor and pharmacist. Do not stop taking your anti-epileptic medication, unless advised to do so by your doctor. 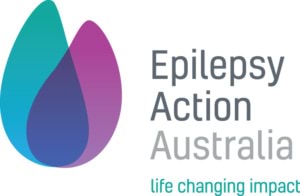 View all brain and nerves