Dementia is the term used to describe the symptoms of a number of illnesses that affect the brain. It is not one specific disease. The most common cause of dementia is Alzheimer’s disease.

Dementia causes a progressive decline in a person’s functioning and affects a person’s thinking, behaviour and ability to perform everyday tasks.

Around 69,000 Victorians had dementia in 2011. This number is projected to increase rapidly as our population ages. In 2011, there were approximately 20,000 new cases of dementia in Victoria. In 2050, there will be an estimated 246,000 Victorians with dementia and the number of new cases per year is predicted to more than quadruple to around 94,000. 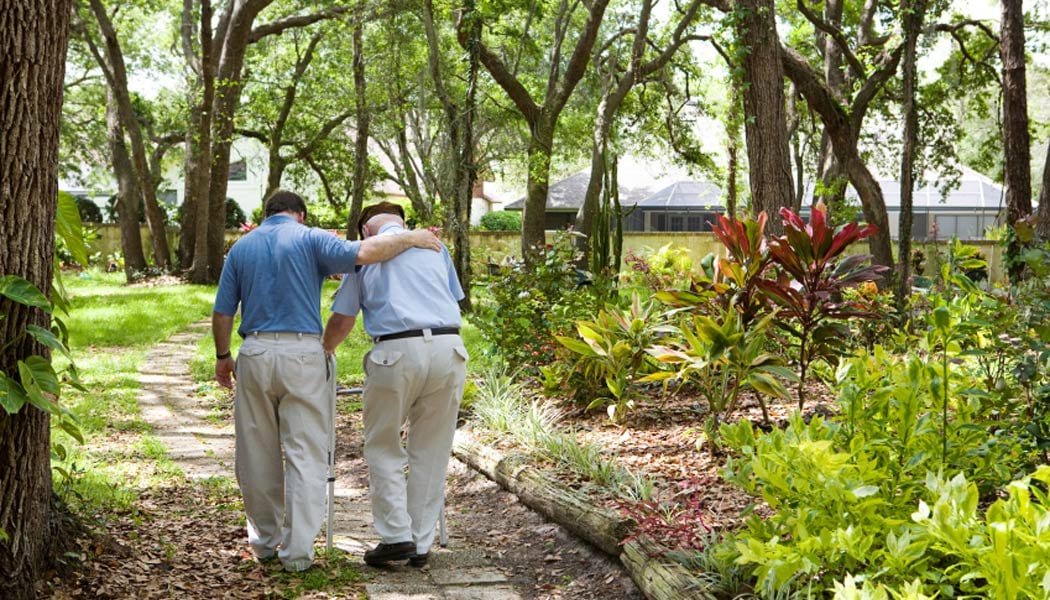 Dementia can happen to anybody

The risk of getting dementia increases with age, but it is important to remember that the majority of older people do not get dementia. It is not a normal part of ageing. Dementia can happen to anybody, but it is more common after the age of 65 years.

When people between the age of 40 and 60 do develop dementia, it is called younger-onset dementia.

There are many different types of dementia. The most common include:

It is important to consult a doctor when symptoms are in the early stages so that a medical assessment can confirm or rule out a diagnosis of dementia.

A diagnosis of dementia will:

A local doctor or specialist should conduct a full assessment. Cognitive Dementia and Memory Service (CDAMS) clinics are available throughout Victoria to assist in diagnosis.

If the person will not go to a doctor, or the doctor is unwilling to take your concerns seriously, seek advice on how to deal with this from Dementia Australia.

Conditions that cause symptoms similar to dementia

It is essential to get an early medical diagnosis, when symptoms first appear, to ensure that a person who has a treatable condition is diagnosed and treated correctly.

Most cases of dementia are not inherited. Researchers still do not have a lot of information about genes involved in dementia. A number of genes might be associated with different types of dementia, but in most cases, dementia it is not caused by specific changes to a gene.

Familial Alzheimer’s disease does have a clear pattern of inheritance, but it is very rare. Symptoms can appear from the ages of 30 to 60. Researchers have found three genes that are associated with this form of Alzheimer’s disease, but more genes might be found in the future.

Alzheimer’s disease associated with Down syndrome and the familial form of frontotemporal dementia are also caused by genetic changes.

The involvement of any genes in dementia will depend on the cause of the dementia, so it is important to have a firm medical diagnosis. If you have concerns about the risk of inheriting dementia, discuss it with your doctor, or contact Dementia Australia on 1800 100 500 and speak to a counsellor.

At present, there is no prevention or cure for most forms of dementia. Support is vital for people with dementia, and the help of families, friends and carers can make a positive difference to managing the condition. While there is no cure, there are many practical changes that you can make, which will help the person living with dementia, and their family and carers.

Some medications are available that can help to reduce some of the symptoms experienced by people with dementia, including cognitive (memory and thinking) problems and other associated symptoms, such as depression, anxiety and sleeping disturbances.

It is important to remember that all medications have side effects. People with dementia might take a number of medications, and your doctor can help you to understand how the different drugs might interact with each other.

Medications are available in Australia to help with the cognitive (memory and thinking) problems of dementia for people with Alzheimer’s disease. These medications might also be useful for people with vascular dementia or Lewy body disease.

The two types of medications for cognitive dementia symptoms include:

Medications to help symptoms of depression in dementia

Many people with dementia experience depression. If depression becomes significant, it can begin to further impact on memory and thinking. For this reason, it might be best to treat depression with medication, although it is important to minimise the side effects.

Medications to help symptoms of anxiety in dementia

Anxiety, panic attacks and unreasonable fearfulness can be distressing for a person with dementia, their family and carers. Mild symptoms are often helped by reassurance, adjustments to the environment or an improved daily routine.

More severe anxiety can be caused by underlying depression and so antidepressant medication can help. Other options are antipsychotic or specific anti-anxiety medications, but these can have unwanted side effects and are usually not recommended for anxiety in dementia.

Waking at night and wandering can cause problems for both the person with dementia, and their carers and families. Speak to your doctor before using medication to treat sleep disturbance. If these are given during the day to sedate people with dementia, they can cause increased alertness at night.

Getting help early will make a difference

The earlier help is found, the better the family and person with the condition will be able to manage and cope. It is important to:

Support services for people with dementia and their carers

A wide range of community services is available to help both the person with dementia and their carers. These include: