The dangers of sitting: why sitting is the new smoking 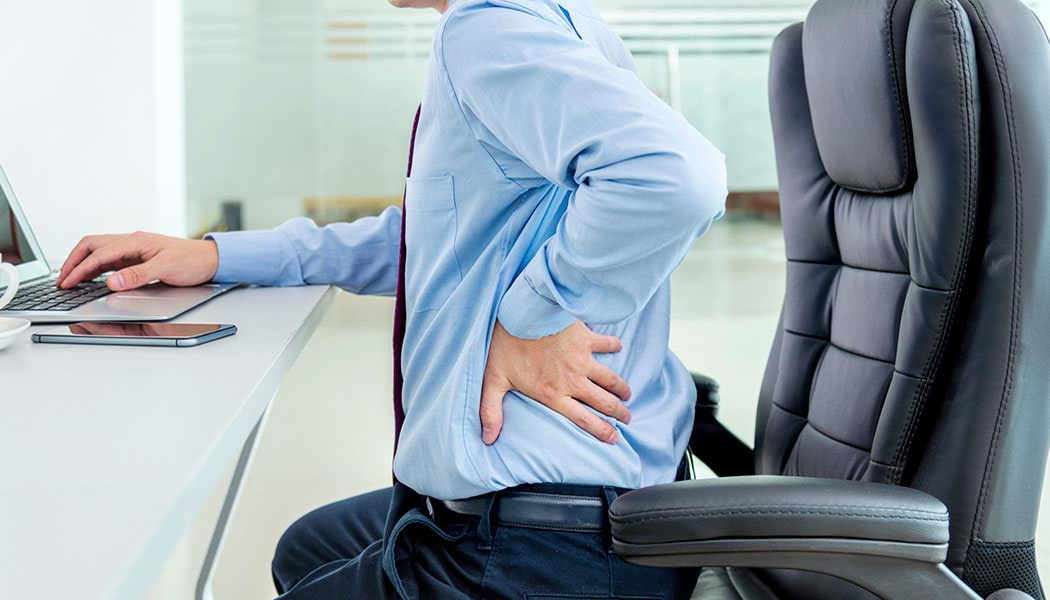 Living a sedentary lifestyle can be dangerous to your health. The less sitting or lying down you do during the day, the better your chances for living a healthy life.

If you stand or move around during the day, you have a lower risk of early death than if you sit at a desk. If you live a sedentary lifestyle, you have a higher chance of being overweight, developing type 2 diabetes or heart disease, and experiencing depression and anxiety.

How does a sedentary lifestyle affect your body?

Humans are built to stand upright. Your heart and cardiovascular system work more effectively that way. Your bowel also functions more efficiently when you are upright. It is common for people who are bedridden in hospital to experience problems with their bowel function.

When you are physically active, on the other hand, your overall energy levels and endurance improve, and your bones maintain strength.

Sitting for long periods can lead to weakening and wasting away of the large leg and gluteal muscles. These large muscles are important for walking and for stabilising you. If these muscles are weak you are more likely to injure yourself from falls, and from strains when you do exercise.

Even if you exercise but spend a large amount of time sitting, you are still risking health problems, such as metabolic syndrome. The latest research suggests you need 60–75 minutes per day of moderate-intensity activity to combat the dangers of excessive sitting.

Just like your legs and gluteals, your hips and back will not support you as well if you sit for long periods. Sitting causes your hip flexor muscles to shorten, which can lead to problems with your hip joints.

Sitting for long periods can also cause problems with your back, especially if you consistently sit with poor posture or don’t use an ergonomically designed chair or workstation. Poor posture may also cause poor spine health such as compression in the discs in your spine, leading to premature degeneration, which can be very painful.

This might be because people who spend a lot of time sitting are missing the positive effects of physical activity and fitness. If so, getting up and moving may help.

Emerging studies suggest the dangers of sitting include increasing your chances of developing some types of cancer, including lung, uterine, and colon cancers. The reason behind this is not yet known.

Some experts say that people who are inactive and sit for long periods have a 147 per cent higher risk of suffering a heart attack or stroke.

Studies have shown that even five days lying in bed can lead to increased insulin resistance in your body (this will cause your blood sugars to increase above what is healthy). Research suggests that people who spend more time sitting have a 112 per cent higher risk of diabetes.

Sitting for long periods can lead to varicose veins or spider veins (a smaller version of varicose veins). This is because sitting causes blood to pool in your legs.

Varicose veins aren’t usually dangerous. In rare cases, they can lead to blood clots, which can cause serious problems (see deep vein thrombosis, below).

DVT is a serious problem, because if part of a blood clot in the leg vein breaks off and travels, it can cut off the blood flow to other parts of the body, including your lungs, which can cause a pulmonary embolism. This is a medical emergency that can lead to major complications or even death.

If you spend your time hunched over a computer keyboard, this can lead to pain and stiffness in your neck and shoulders.

How sedentary are we?

Physical inactivity contributes to over three million preventable deaths worldwide each year (that’s six per cent of all deaths). It is the fourth leading cause of death due to non-communicable diseases.

It’s also the cause of 21–25 per cent of breast and colon cancers, 27 per cent of diabetes cases, and around 30 per cent of ischaemic heart disease. In fact, physical inactivity is the second highest cause of cancer in Australia, behind tobacco smoking.

The Australian Health Survey found that toddlers and pre-schoolers (aged 2–4 years) spent an average of six hours a day doing some form of physical activity, and one and a half hours having some form of screen time.

These numbers changed dramatically when the survey looked at children and young people (aged 5–17 years). They spend just one and a half hours a day doing physical activities, and over two hours each day on screen time.

Just under half of all children and young people (aged 2–17) had at least one type of screen (such as a television, computer, or game console) in their bedroom. That figure grew to three quarters for young people aged 15–17.

The 15–17 year age group were the least likely to walk 12,000 steps each day, with only 7 per cent reaching that goal. Younger children, aged 5–11, were much more likely to walk more during their day (at around 23 per cent).

The Australian Health Survey found that young adults achieved the highest level of activity of all adults, with 53 per cent of 18–24 year olds being classed as sufficiently active.

People tended to become less active as they aged. The lowest level of activity was among those aged 65 or over, with that group achieving around 20 minutes of activity each day.

Only 42 per cent of people aged 65 or over met Australia’s physical activity guidelines.

People were more likely to have done sufficient exercise if they:

How can you save your health from the dangers of sitting?

If you’re not getting enough activity in your day, it’s not too late to turn it around and gain great health benefits in the process.

Build more activity into your day

Some ways you can incorporate activity into your day are:

Be active (and safe)

If you’re new to physical activity, or if you have a health condition, speak to your doctor before you start any new activities. They can help you decide the best activities for you. Read more about physical activity and how to get started.

If you’re getting active outdoors, remember to protect yourself from the sun by applying sunscreen and wearing sun-protective clothing, including a hat.

Be active at work

You can move around at work more than you think:

Don’t let bad weather stop you from being active! You can do body weight exercises such as squats, sit-ups, and lunges.

You can also try indoor activities such as:

Here are some simple ideas to keep you moving while you’re at home:

If you work in an office: