What is hay fever?

Hay fever is the common name for allergic rhinitis.

Hay fever is caused by the nose and/or eyes coming into contact with environmental allergens, such as pollens (grasses, weeds or trees), dust mite, moulds and animal dander.

Most people associate hay fever with spring, when airborne grass pollens are at their peak. This is known as seasonal allergic rhinitis or spring hay fever. However, hay fever can occur at any time of the year.

Some of the immediate signs and symptoms of hay fever include:

In some cases, the symptoms of hay fever can be so severe that a person can’t sleep or concentrate, and may feel tired or unwell.

Hay fever is an allergic reaction

Your nose acts as a filter. The tiny hairs and mucus that line the nasal passages trap dust, pollens and other microscopic particles. A person with hay fever is allergic to some of the particles that get trapped in the nose, such as pollen.

An allergic reaction means the immune system treats a harmless substance as if it is dangerous, and launches an ‘attack’. The nasal passages become inflamed and more mucus is produced.

Identifying the allergen/s causing the symptoms is an important part of managing hay fever. In some cases the cause may be obvious but in others your doctor will need to consider your medical history together with the results of allergy tests (skin prick tests or allergen specific IgE blood tests), which may require referral to a specialist. The Australasian Society of Clinical Immunology and Allergy recommends the use of evidenced based allergy tests only.

Some medications may help relieve the symptoms of hay fever. Ask your GP or pharmacist for advice. You may be advised to try:

To prevent or limit symptoms of hay fever, minimise exposure to known allergens.

More allergen minimisation strategies are available on the Australasian Society of Clinical Immunology and Allergy website. 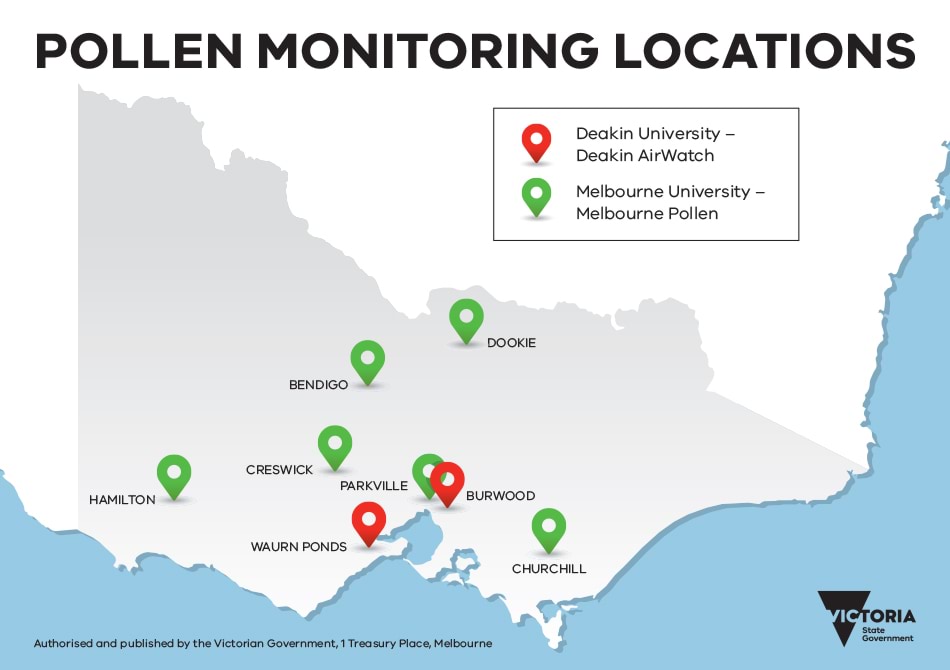 Or, visit the Deakin AirWatch website for information about the pollen monitoring sites managed by Deakin University.

Grass pollen season brings an increase in asthma and hay fever. It also brings the chance of thunderstorm asthma.

Having good control of your hay fever can help reduce your risk of thunderstorm asthma.

Watch our video about hay fever and thunderstorm asthma.

View an accessible version of this video or read the transcript.